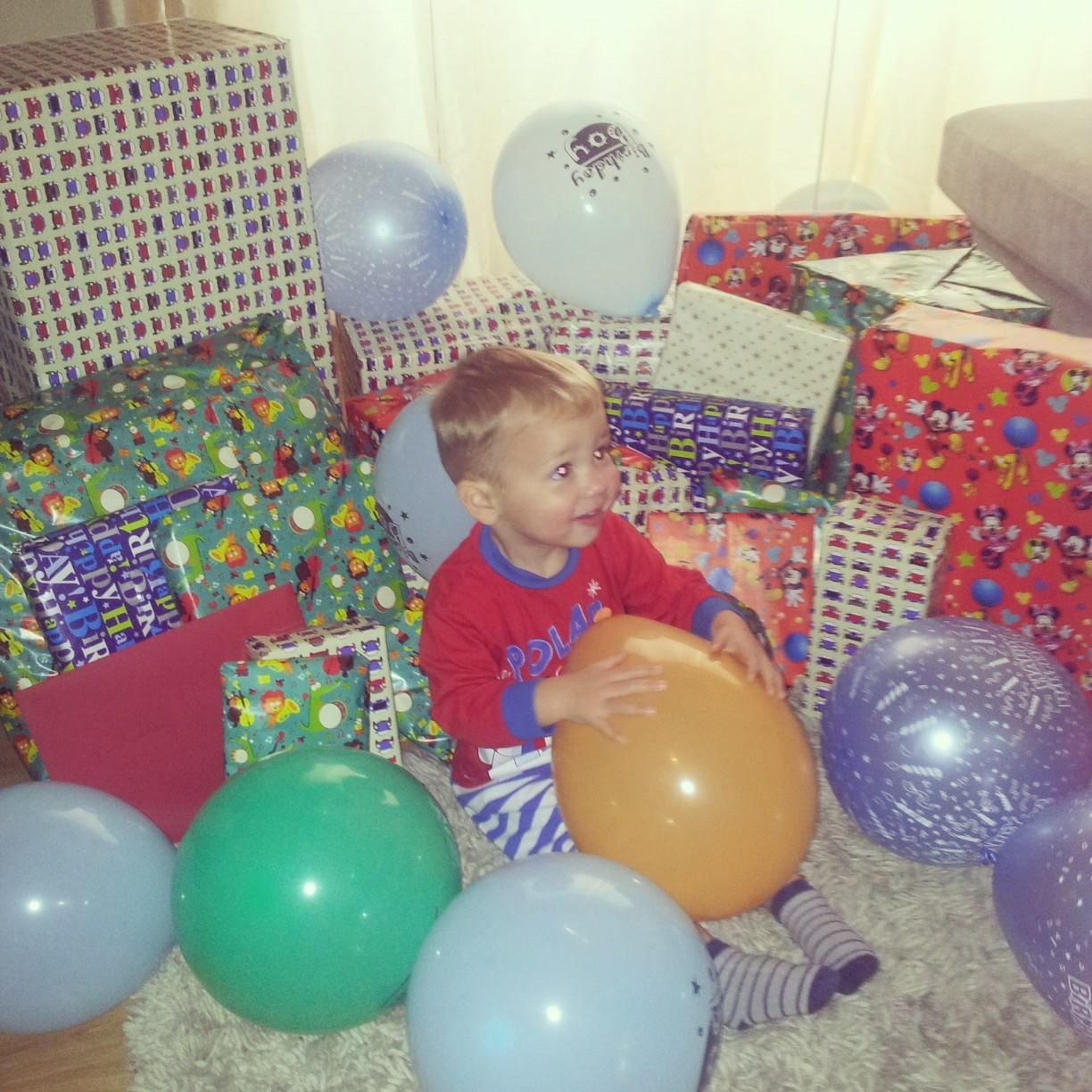 Yes that is an actual photo from one of Kaiden’s birthdays. I have been sucked into buying a ridiculous amount of presents and I have no idea why. It only meant that I had to find somewhere to house these toys for them to be thrown into a toy box serveral months later, not being used. Yet we all do it, year after year.

Recently, I was in Kaiden’s bedroom looking for toys to donate and I realised that he rarely ever plays with any of them anymore. Sure, he want toys. He ask for toys. He sees them in the shop or at a friend’s house and feels like he can’t live without them.

I don’t want Christmas or birthdays to be ONLY about the toys.  I want them to get past the “want” for toys and have a “want” to help others, a “want” to create memories, a “want” to see the real reason for the season. 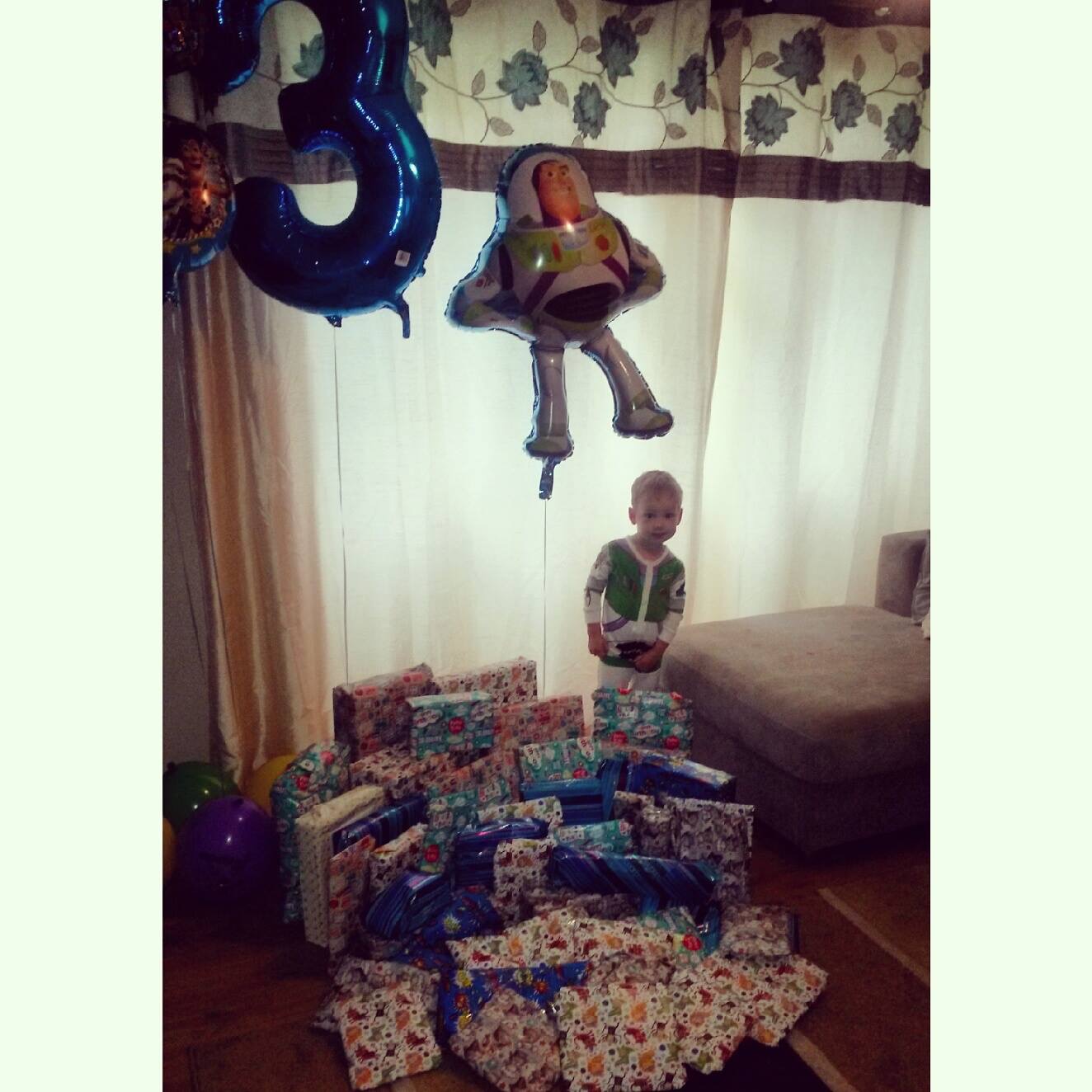 Toys, toy & more toys. Trucks, cars, lego, nerf guns, droids, trains, dinosaurs and action figures. While I feel so blessed that I’m able to give Kaiden so much, it is a thought that I have often: when do you say enough is enough? When do you say “No” when you know that you can say “Yes”?  There are children in our own town that are sleeping on a cold floor tonight and Kaiden has multiple of the same toy… a toy that another child would be ecstatic to receive.

I want Kaiden to know that there is more to giving than just toys. I know that it is fun for kids to have new toys, but I don’t want him to stop appreciating (or remembering) what he is being given, because it is so routine for him.

So, I had to ask myself: Why was I buying him so much? Was it because it was cute, fun or a good deal? Was it because I love that smile on his face? Did all of these things have more to do with ME than HIM? In the long run, would these toys better his life? Maybe a few, but not as many as he was given.

What if I … stopped? What if instead of buying toys, I invested my money in memories and helping install skills that he wouldn’t learn at school? So this year, I did just that. I decided for Kaiden’s birthday to give gifts that aren’t just toys…

Here is a few of Kaiden’s favourite presents;

To me, birthdays are not about the presents; its about the time spent together and the memories that are created.