This week has been slightly traumatic for Kaiden, it started when he decided to use the sofa as a climbing frame, he slipped and fell on the coffee table. He hit his mouth and knocked his baby tooth causing it to become wobbly. Luckily the tooth fell out a few days later when Kaiden was brushing his teeth before bedtime; this was the third tooth that Kaiden has lost but the first tooth that we have managed to put under Kaiden’s pillow for the Tooth Fairy. One tooth ended up lost and the other one Kaiden swallowed. 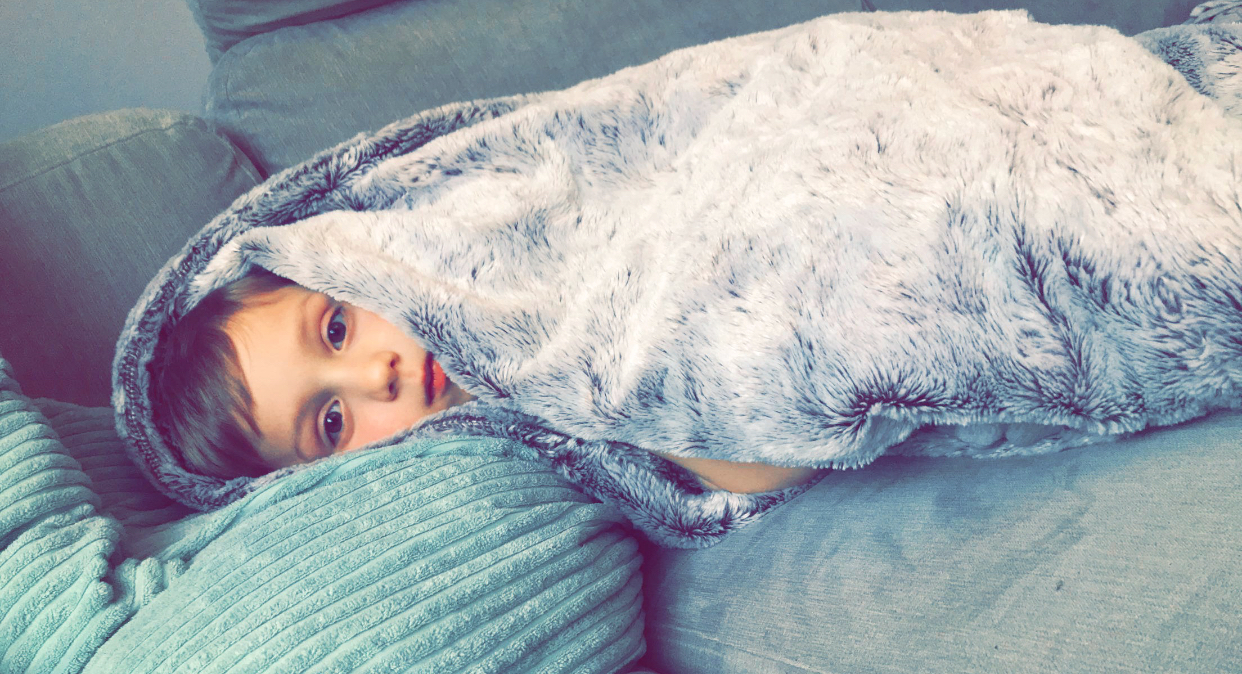 Not many people know but Kaiden has got a grey tooth, which just so happens to be at the front of his teeth. There was an incident at nursery when Kaiden was 18 months old where he landed on an object and caused the tooth to turn grey. On a trip to the dentist, they confirmed that he hadn’t damaged the tooth but it had killed the nerve explaining why it had changed colour; luckily it was a baby tooth so not permanent. But for the last 5 years, its been a great bribe to stop Kaiden eating too many sweets and its become a big part of him, so much so that his adult tooth has already come through but his grey tooth simply will not budge. 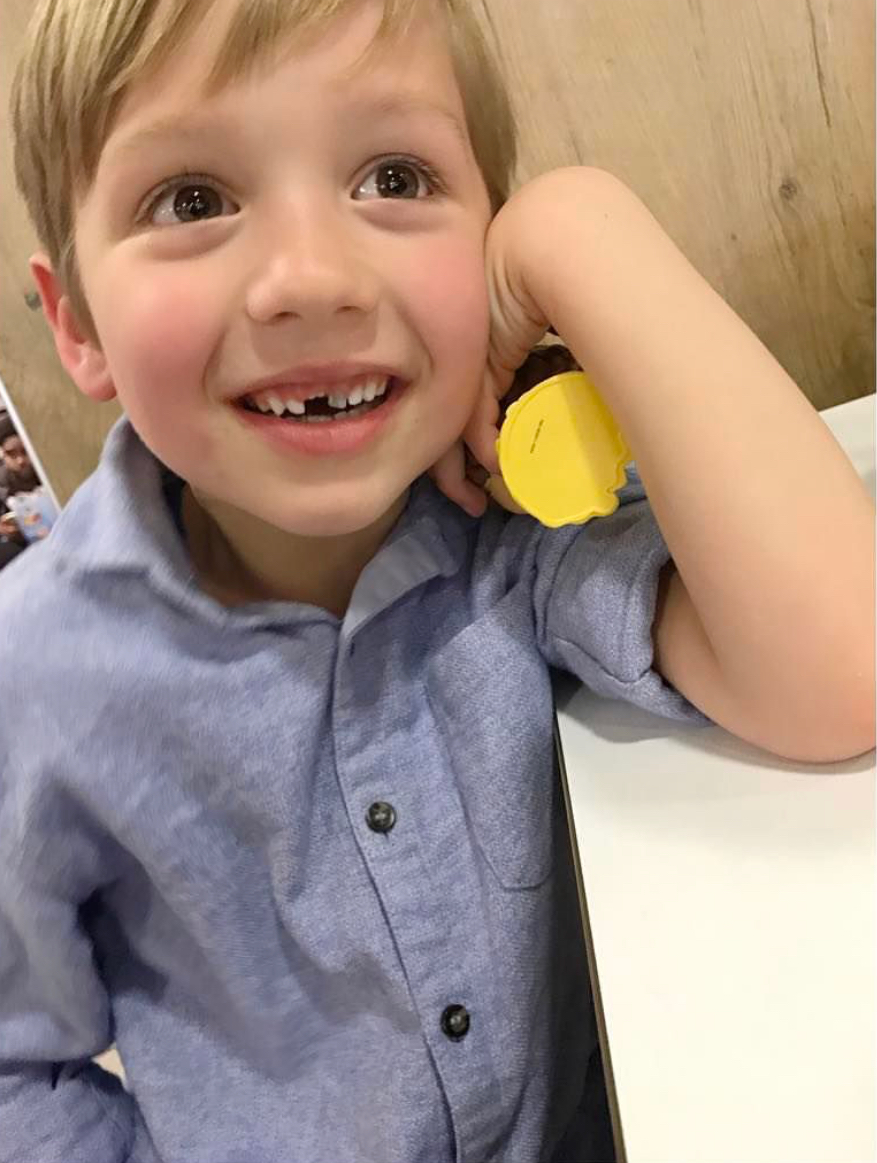 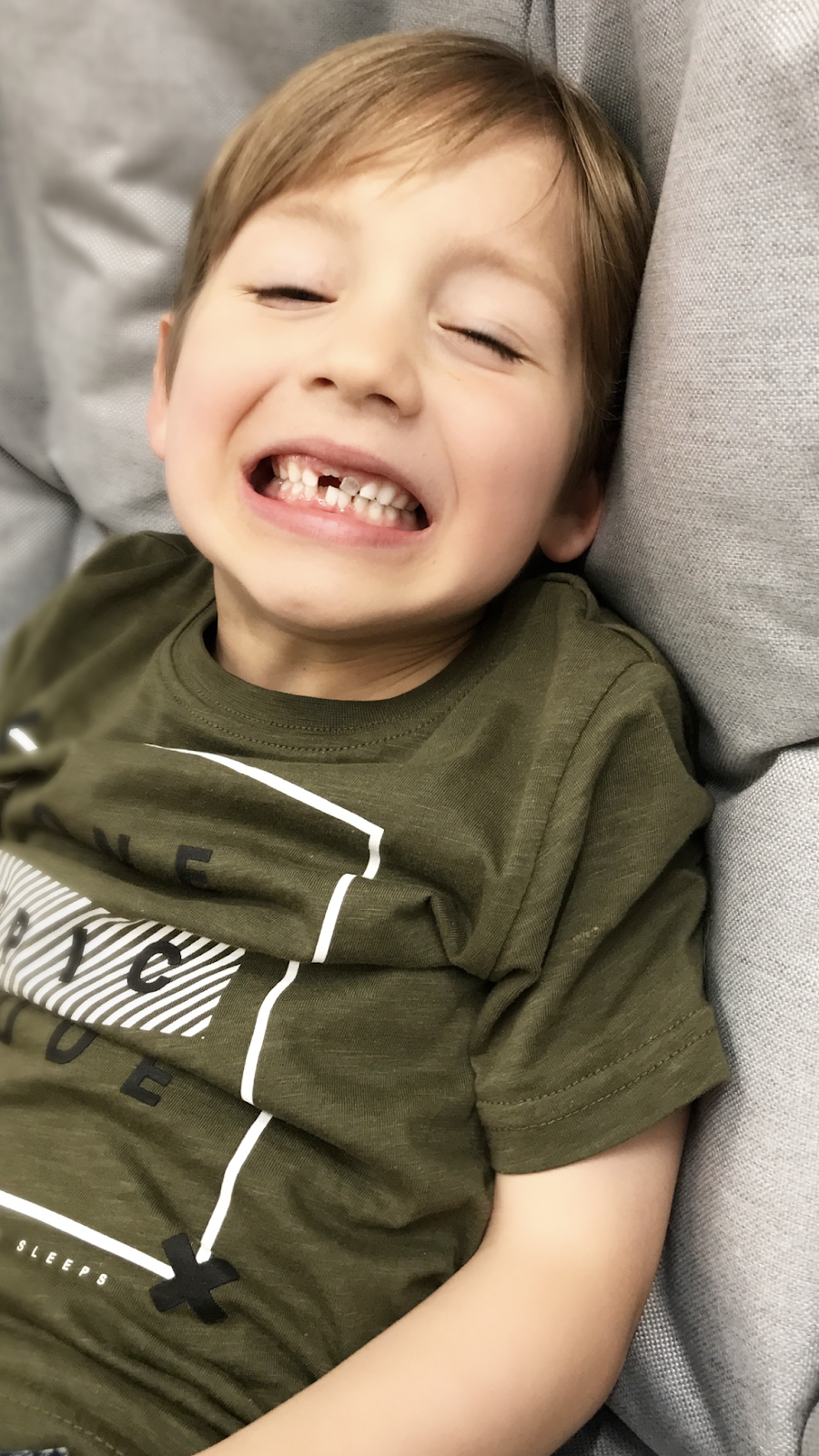 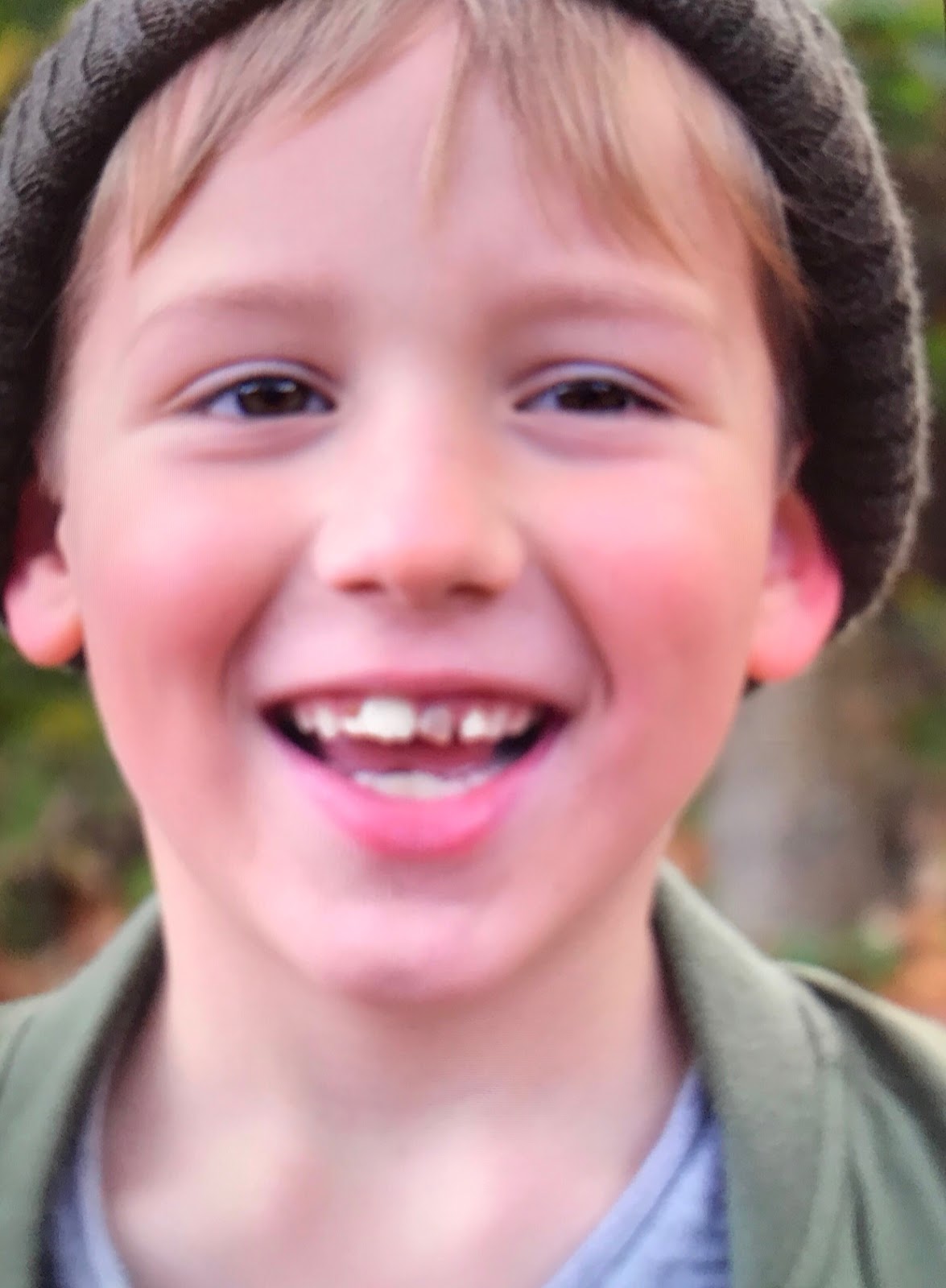 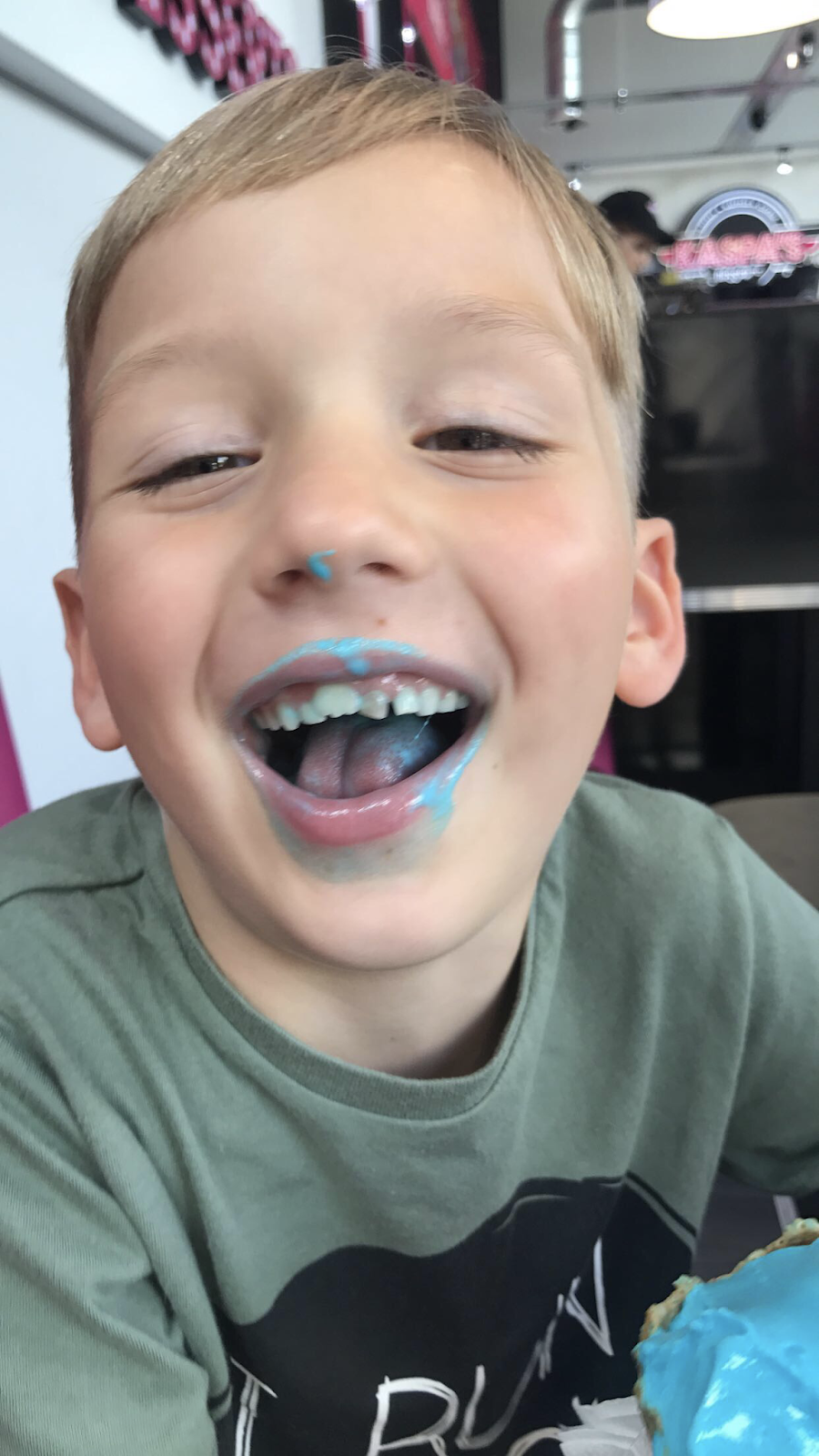 Unfortunately for Kaiden Friday 13th was an unlucky day. I received a call from Kaiden’s school advising that he has lost his grey tooth and I was fairly relived hoping that Kaiden will not need braces to bring his adult tooth in line again. It wasn’t until I arrived at his schoolI realised just how bad it was. There was a puddle of blood on the playground, a whole in his gum and yepp you guessed it a missing tooth. Kaiden is becoming an expert at loosing his teeth but he knew that he could write a letter the Tooth Fairy to explain. 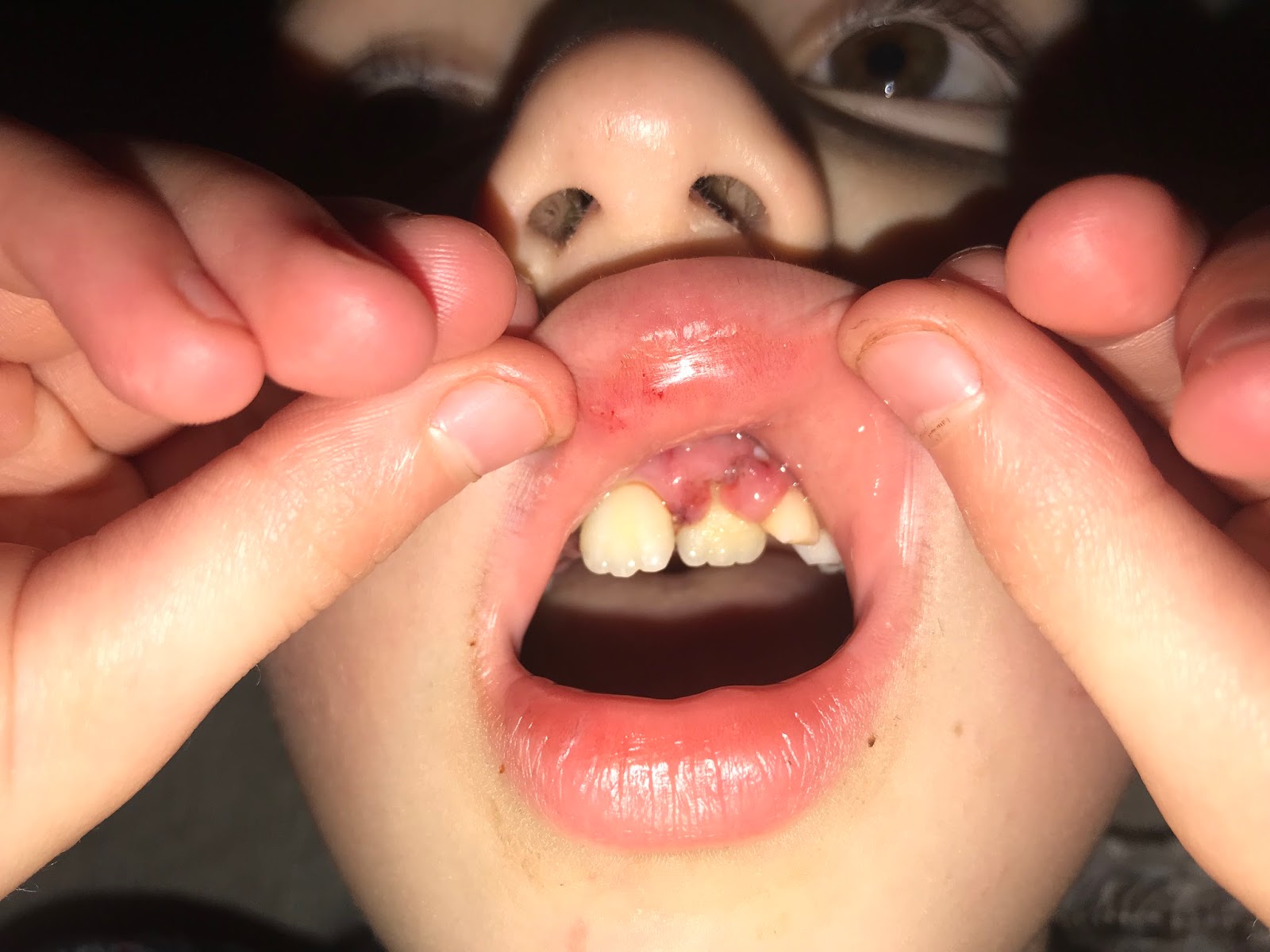 Kaiden woke up the next morning with a lovely note from the Tooth Fairy and £5 for being such a brave boy and a trip to Gulliver’s Land where he chose to spend his money on a new Gully teddy. Hopefully we will not have any more accidents with his teeth but I’m sure Kaiden will somehow manage to loose or swallow more. 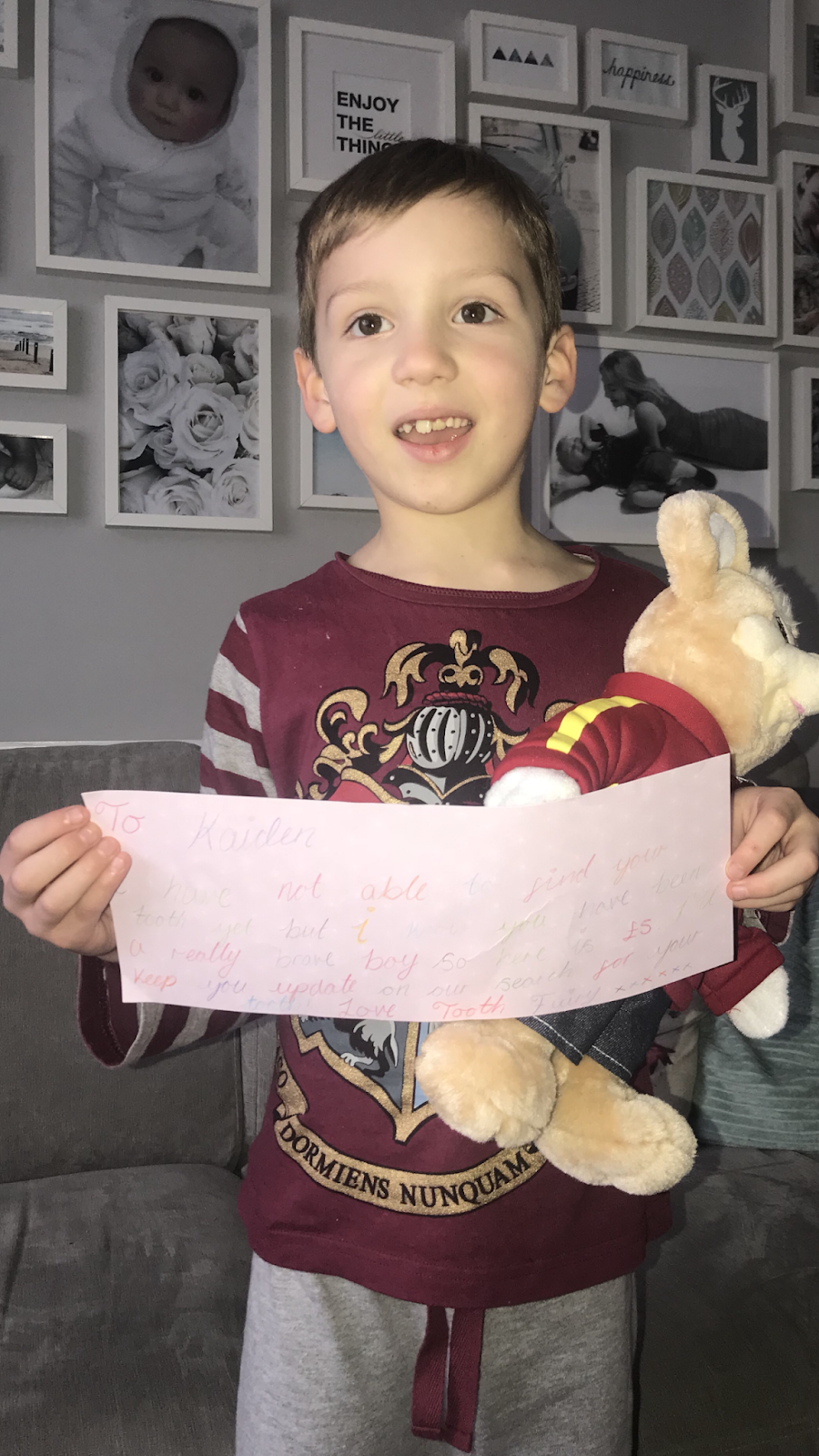