I was lucky enough to experience first class on the return flight with British Airways from a trip to Chile last year and my gosh, first class is just something else. It takes service with a smile to a completely different level. 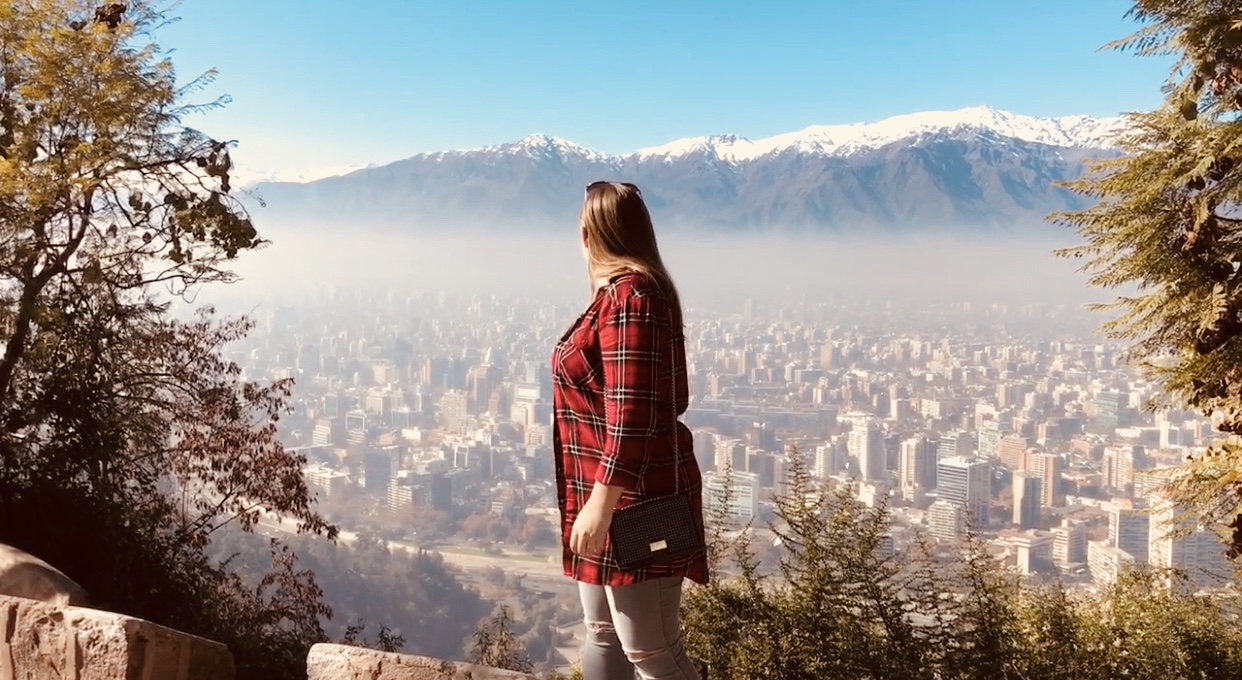 Fortunately for me, I was upgraded from Club World to First Class as I was boarding the plane, something that I was not expecting at all however it did mean that I never got the chance to check out the first class lounge area. But never mind, just means that I will have to travel in first class again and with the experience that I had it’s definitely on my wish list to do again. As I boarded the 787-9 Dreamliner, the steward announced that I would actually be sitting at seat 1A in the First Class Suite. Another member of the crew directed me to my seat and handed me a glass of champagne, warm mixed nuts and a refreshing hot towel while the passengers were still boarding. Their are only 8 seats within the First Class cabin with high seat walls making each suite it’s own private cocoon. 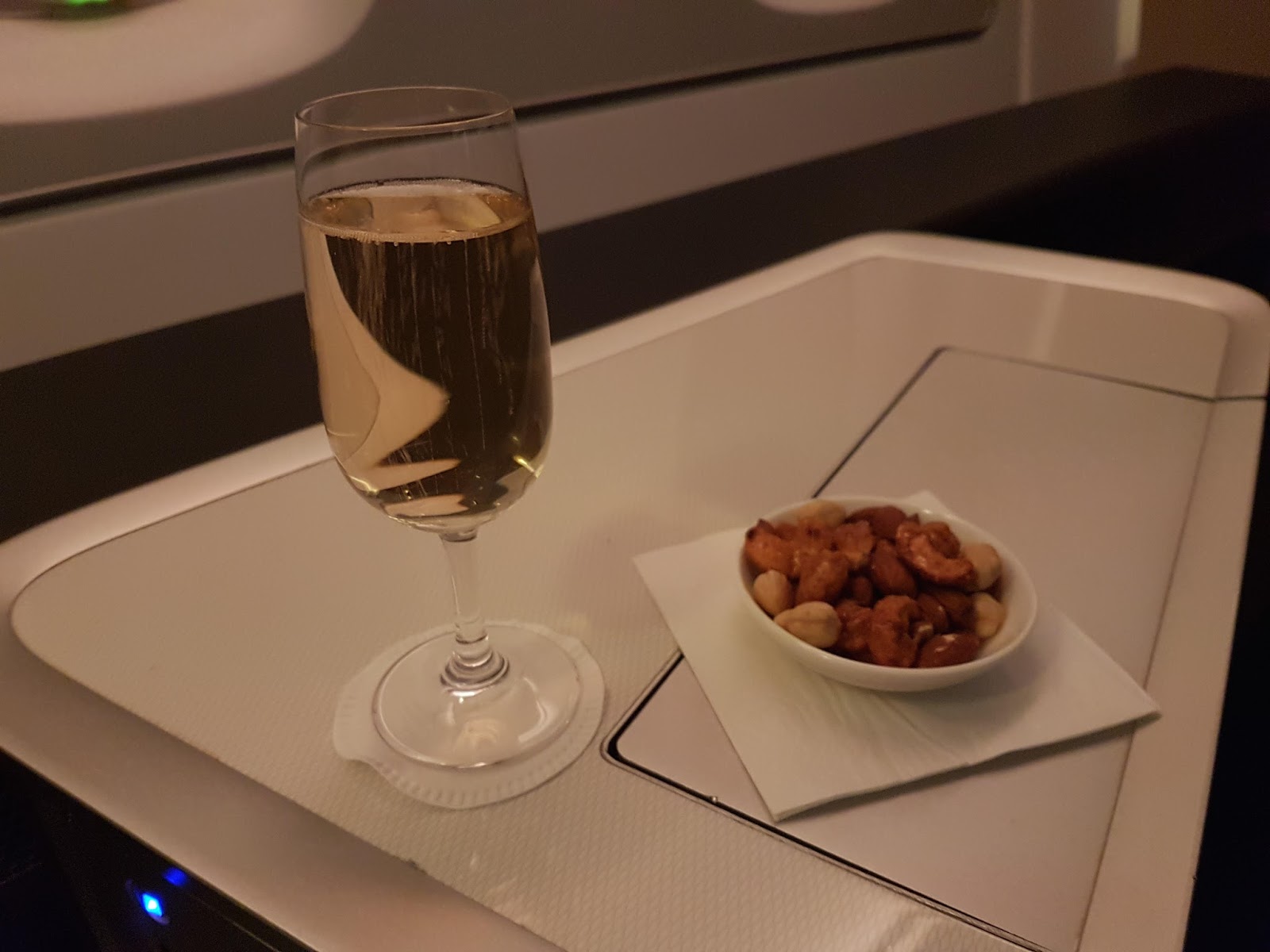 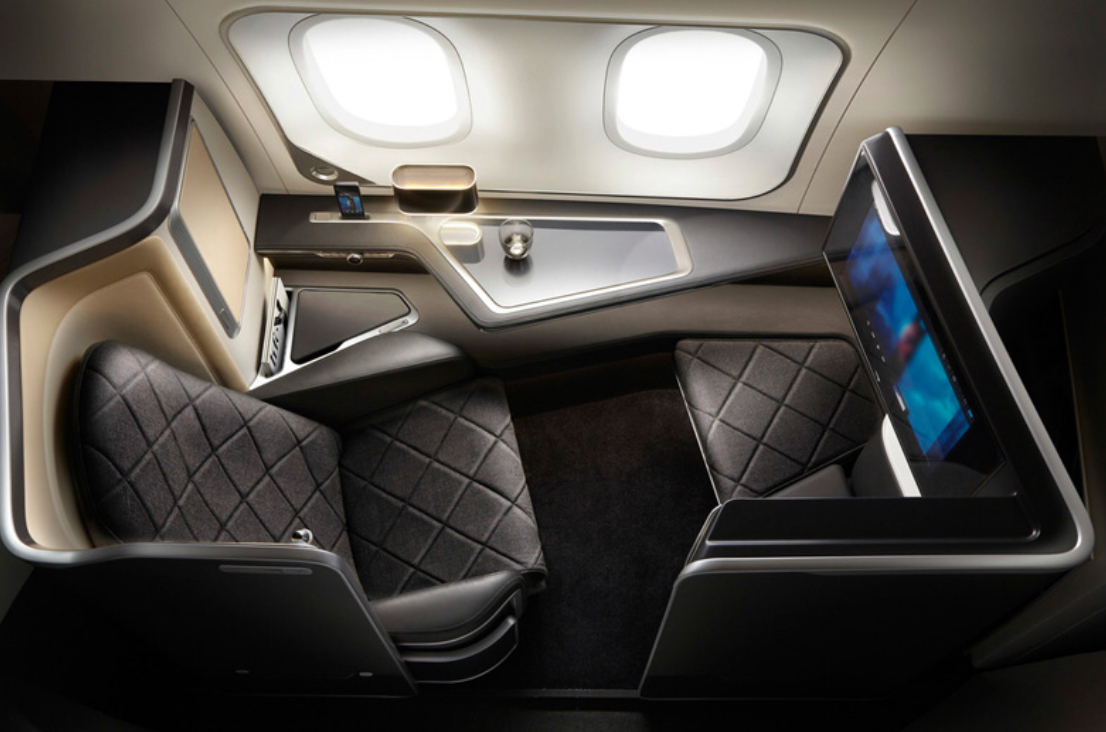 The space oozes luxury, sophistication and most importantly relaxation especially on a long haul flight. The suite has everything you could possibly need and more. Entertainment is at your fingertips with a 15 inch screen with endless hours of films, music, television and games with a touchscreen remote control stored in the compartment next to the leather chair which just so happens to recline into a completely flat bed allowing a greats night sleep. There is a vanity compartment with a mirror to the left of the chair allowing you to store lotions, potions and the wash bag that British Airways provide for you to freshen up during the flight. Also within the suite is a ottoman and even a wardrobe to hang your clothing crease free. The two windows are controlled by the remote control, meaning you can brighten or dim as you please. 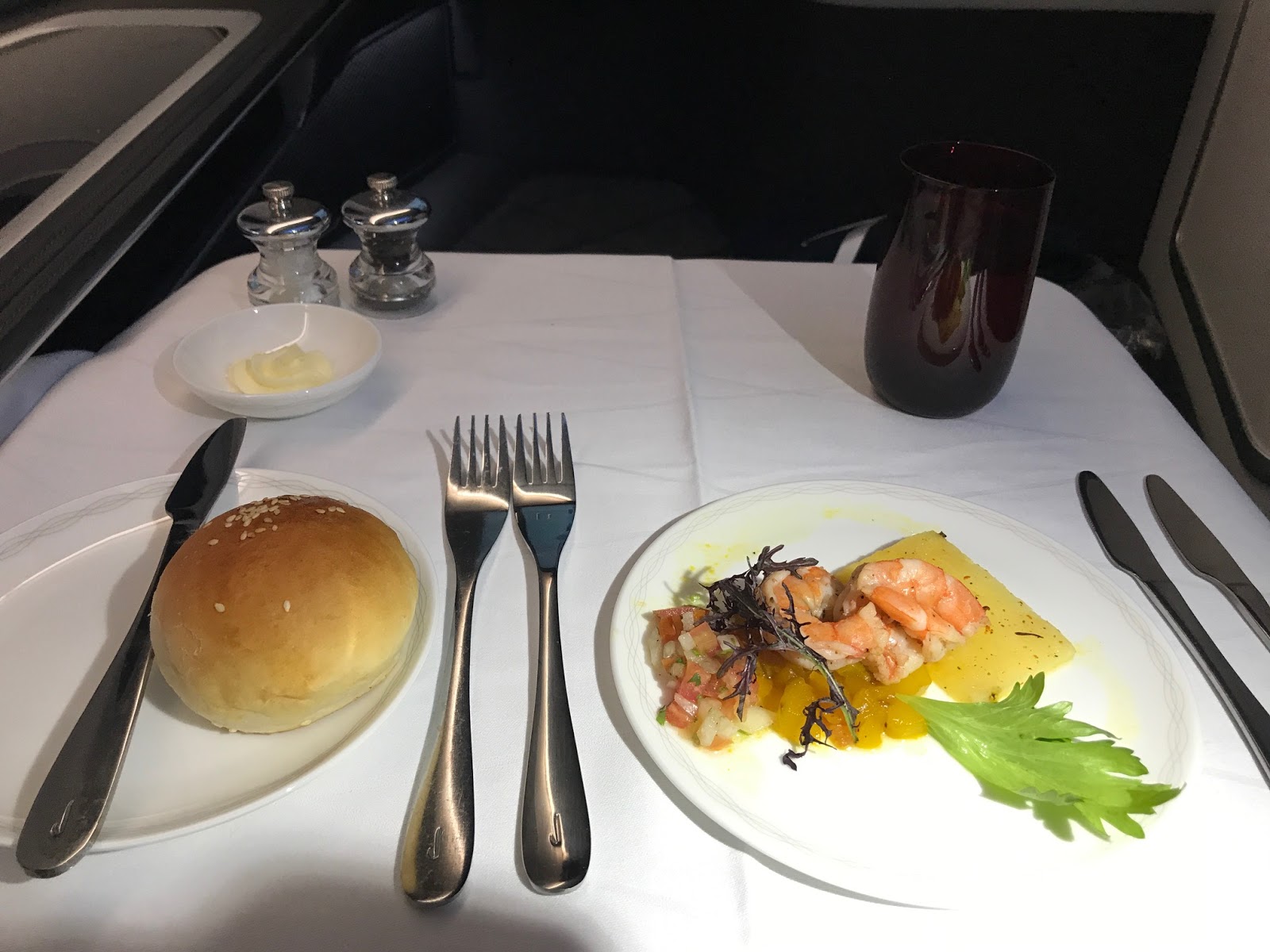 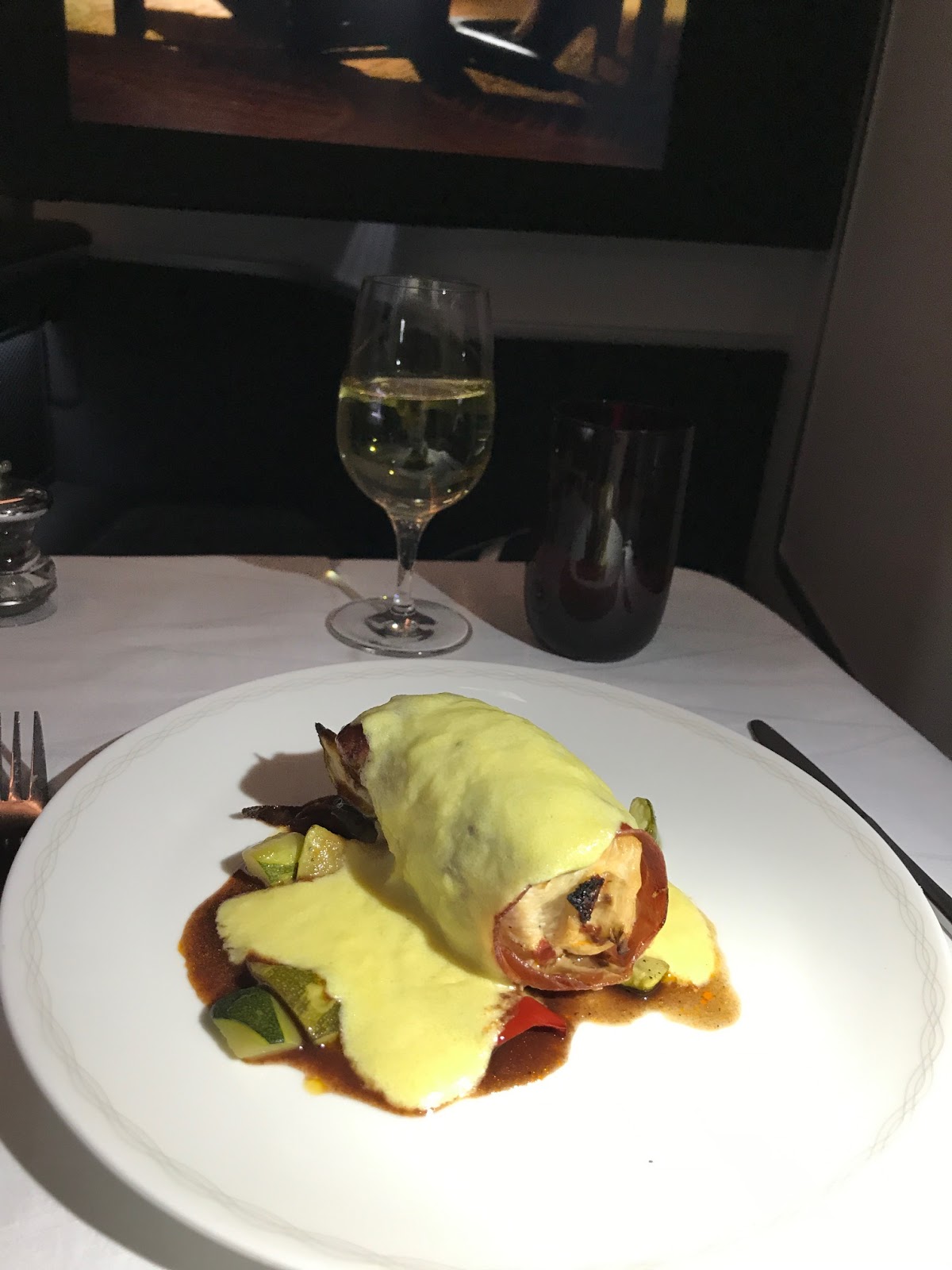 The food was effortless and simply impeccable. The table swivels out to create a dining table with the crew lining it with crisp white linen and all the condiments needed. For starters I had roasted ginger and lime marinated prawns with grilled pineapple and pebre salsa served with still spring water. Later I was served with roasted chicken breast wrapped in serrano ham, chanco cheese, sauteed vegetables and jus along side a glass of Kir Royale. To finish I had a dark chocolate cake with saffron and passion-fruit coulis. Not your average in flight food that’s for sure but safe to say my stomach was definitely satisfied landing me straight into a food coma. I went to the designated private area to slip into my cotton pyjamas, again provided by British Airways which were ridiculously soft. Upon my return my suite had been renovated and my seat had been turned into a flat bed with luxurious quilted mattress, crisp white cotton duvet and perfectly fluffed pillow. That in itself was crazy and reminded me of all the flights that I have previously flown on where I have slept uncomfortably if at all, but not that night. The crew gave me bottles of still water as I drifted off to sleep, completely forgetting that I was actually on a plane. And let me tell you, I had the best nights sleep, it was bliss and I was so grateful (still am). As the sun rose, I gently woke from such a peaceful sleep with the crew bringing me a tea pot of Twinnings English Breakfast tea, my favourite too along with some pastries and menu for me to browse over my choice of breakfast. I decided to go with the traditional mixed grill containing scrambled eggs, bacon, sausage, mushrooms, grilled tomato and sauteed potatoes. 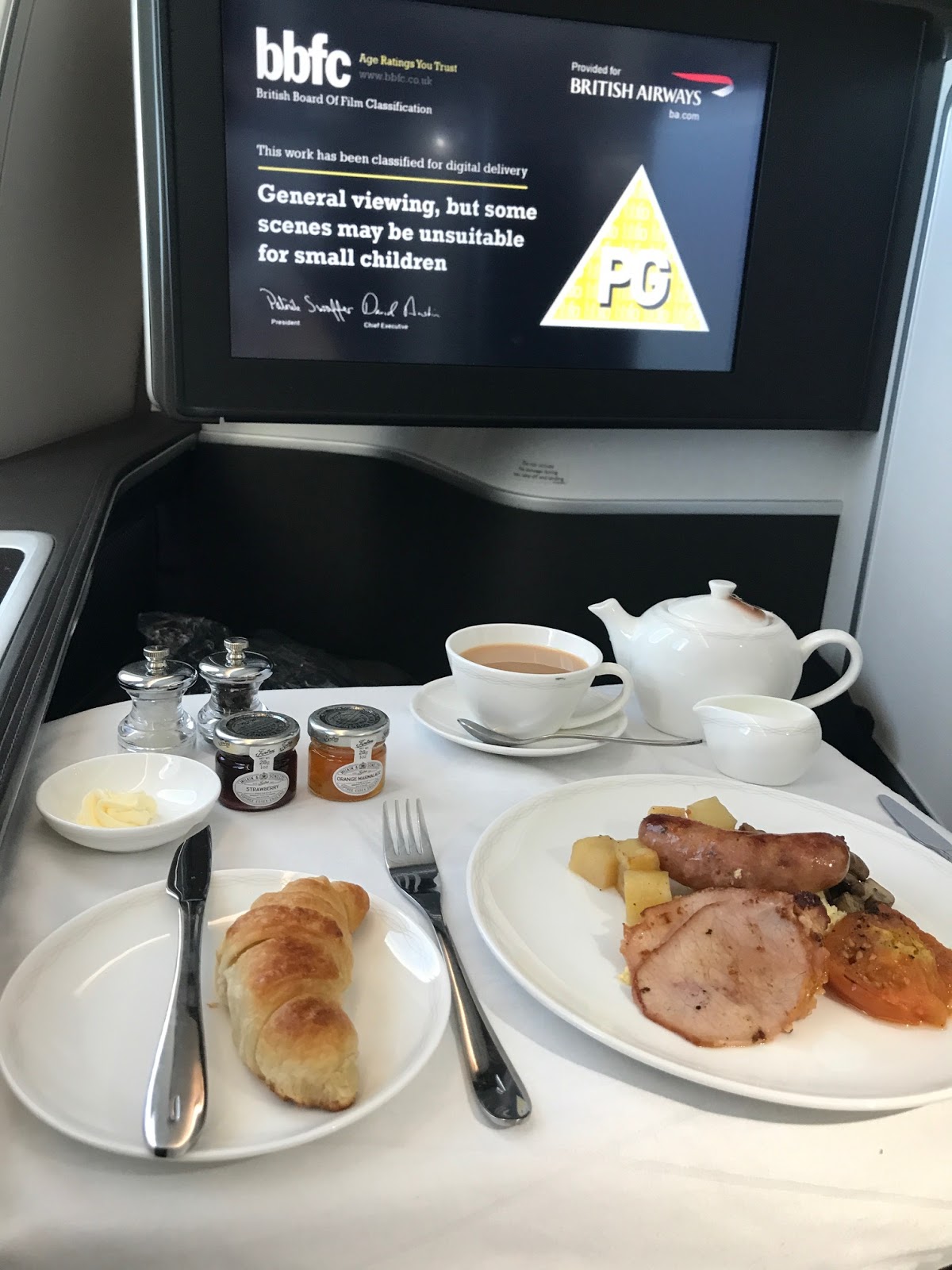 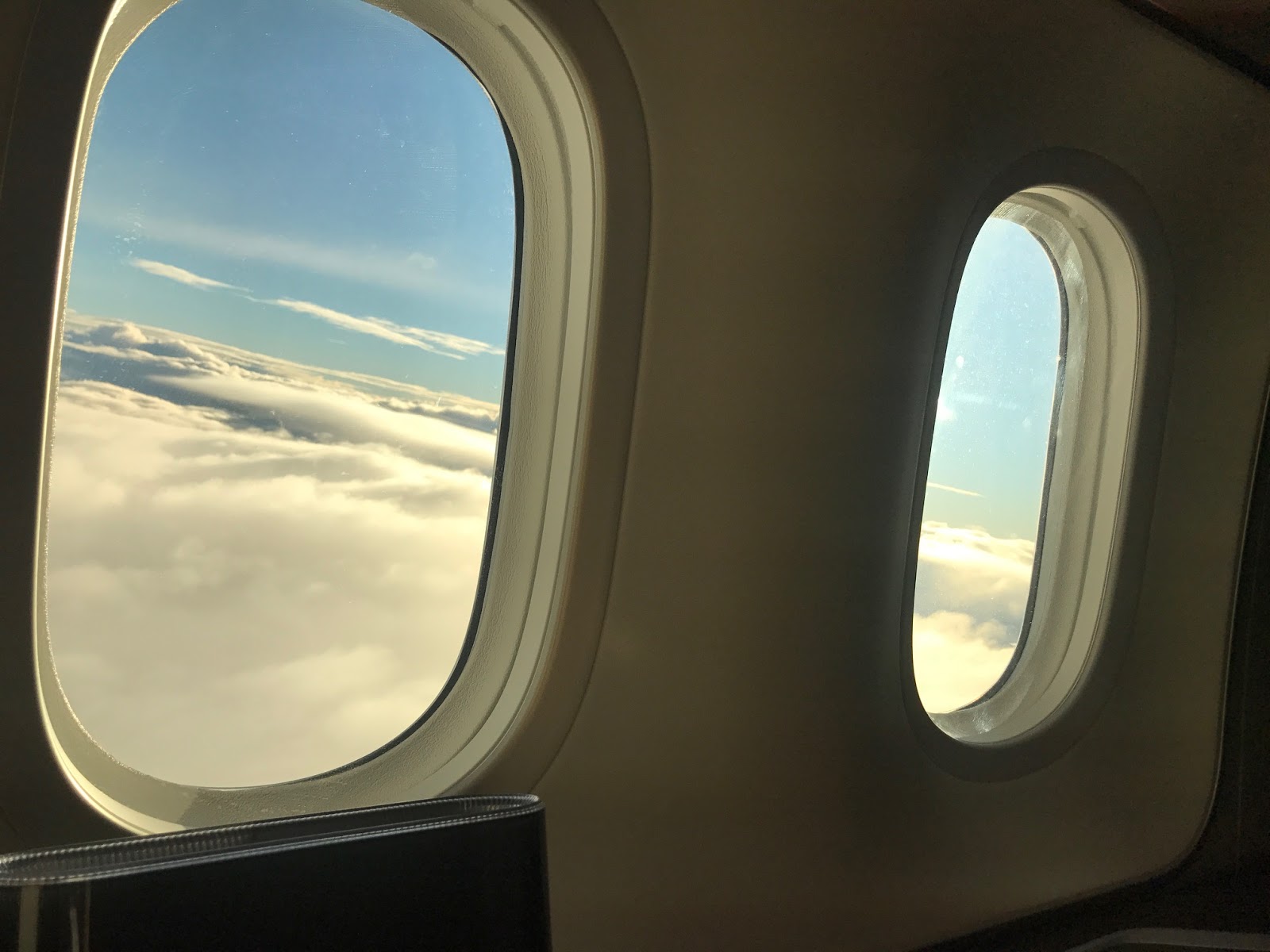 Not long after breakfast, it was time to land so I used the remaining time to freshen up. So to conclude first class was an completely out of this world, insane experience. I understand that first class is expensive but if you ever have an opportunity, grab it with both hands and feet. You will not be disappointed!! I felt so rejuvenated and not as if I had just been on a flight for 13 hours. First class is 100% on my wish list to experience again, hopefully next time I’ll get to experience the first class lounge too. 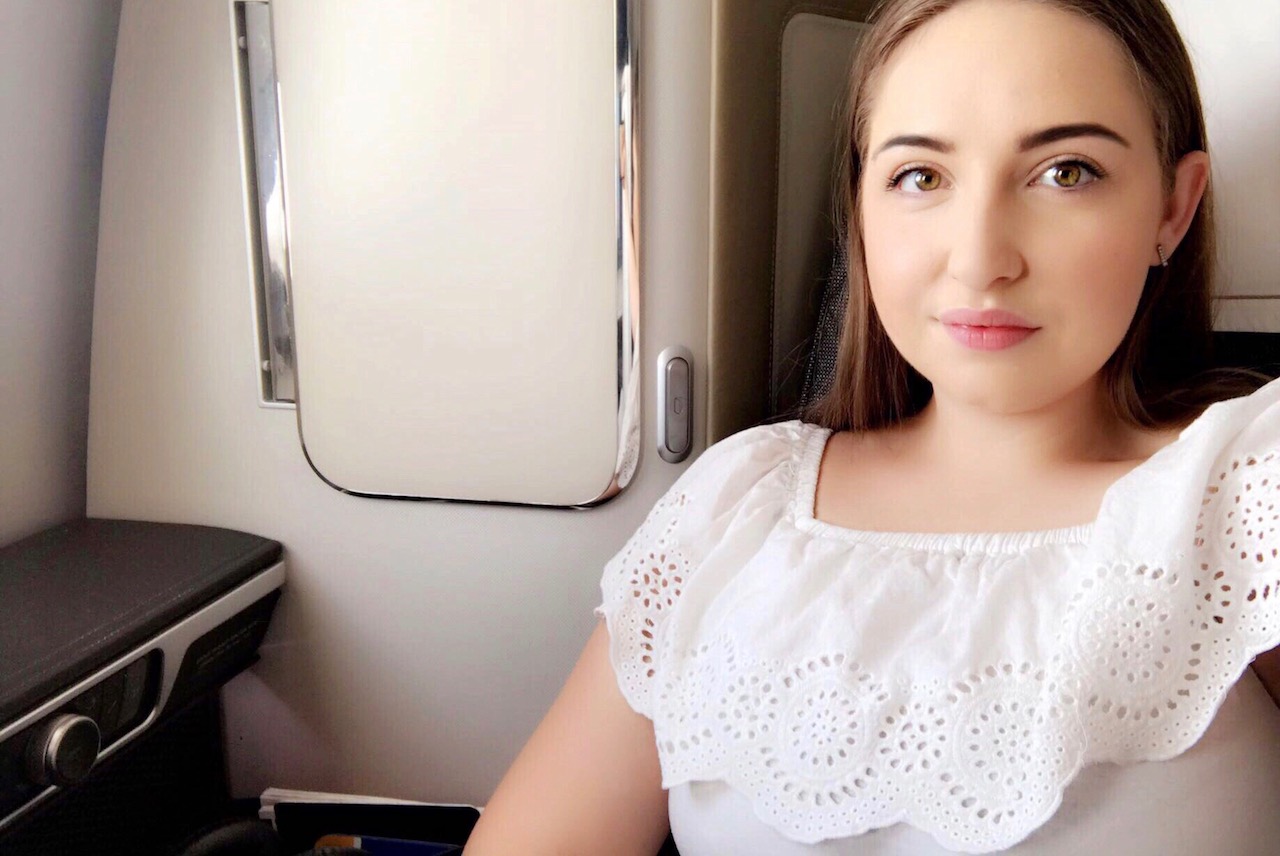