London was the second most popular international tourism destination in 2017. More than 20 million people saved up to visit the city in the country that you call home.

I live just outside of London, England’s capital city and its most popular tourism destination. Time and time again I’ve watched visitors’ faces light up at the wealth of attractions to be found here, whether it’s an architectural stunner like St Paul’s Cathedral, cultural exploits in Southbank Central or Shoreditch, first-class theater, or a meal that wows. Not to mention Buckingham Palace, London Eye or Big Ben. 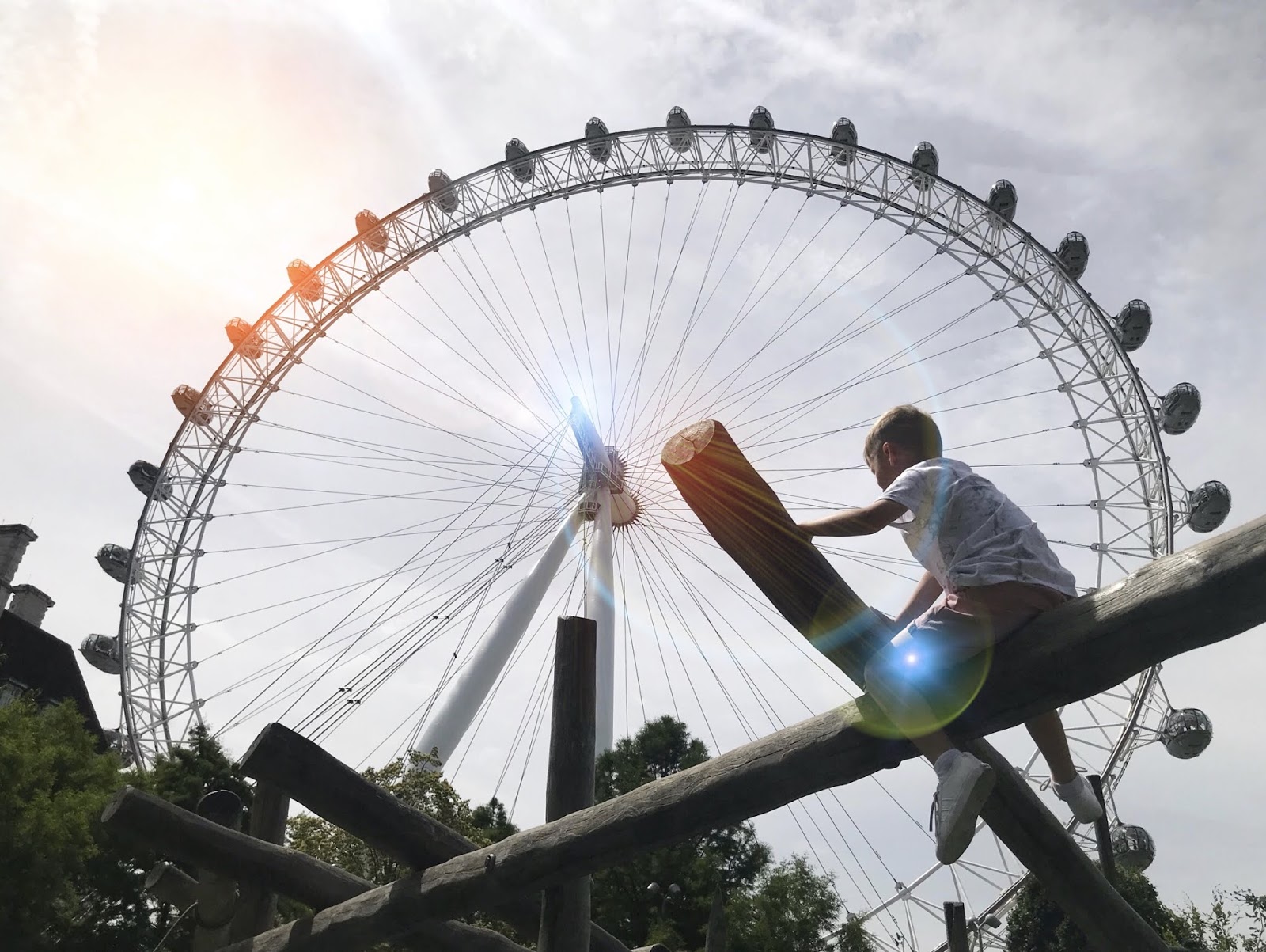 There are places that I have passed and each time, I make a silent vow to myself that “one day” I’ll check them out. Apart from that day has never come. So I decided to set a date, make a plan and stick to do it.

The day arrived and Kaiden was so excited to visit London that you would of thought he was going on holiday, he woke up extra early, which I wasn’t best please with but it installed a bit of touristy excitement within me. We boarded the train and the excitement did not end there as we spoke about all of the things that we might see and do. 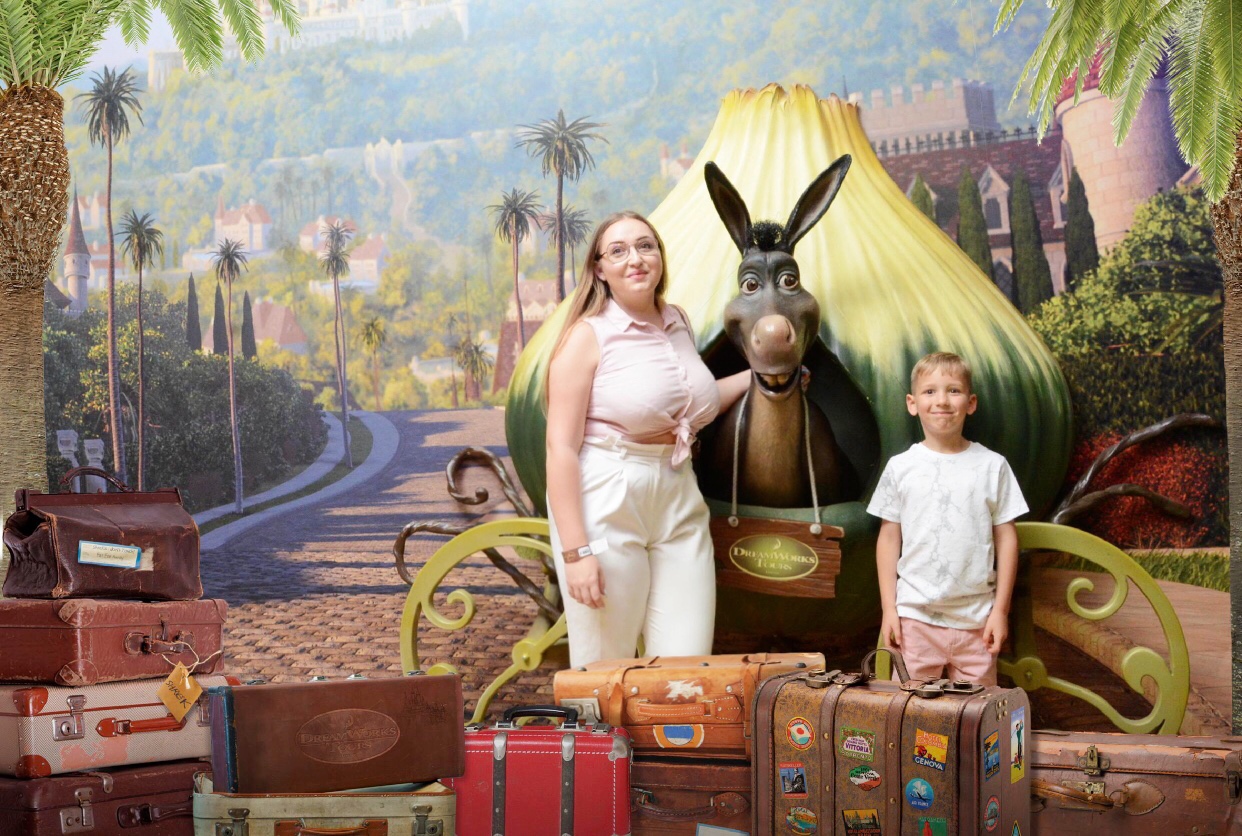 First stop was Shreks Adventure, I wasn’t sure what to expect when I booked it however I knew that Kaiden would love it as he finds Shrek hilariously gross. However I must admit that it exceeded any expectations that I had. It’s funny, interactive, entertaining and I loved the way that the story evolved and kept not only the kids but adults involved too. It was a brilliant start to our day.

After, we decided to take a stroll around Jubilee Gardens, which is filled with the most beautiful flowers, perfect for a selfie, to soak up some afternoon sun. We found a playground which was just the perfect timing for Kaiden to run off some steam before wandering up to Southbank Central in the hunt for some grub. There is such a buzz around Southbank, especially on a scorching summers day. We decided on a wood-fired pizza which was just divine, hit the spot nicely whilst not being too heavy to carry on with our fun fuel day. 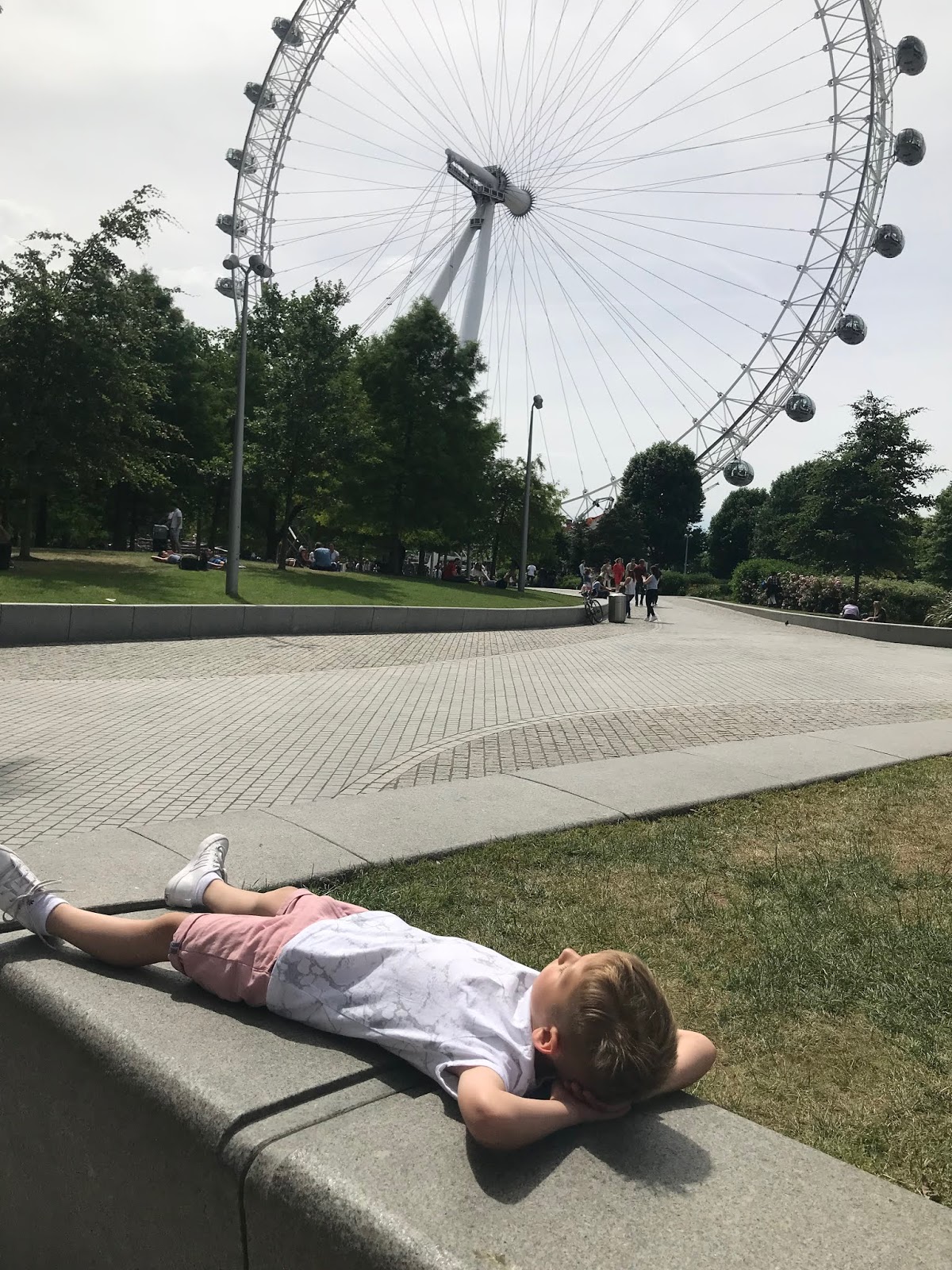 We headed back through Southbank towards London Eye, stopping at practically every entertainer on the way. Not that I minded, I wasn’t in a rush and was actually enjoying taking a step back and just enjoying the show, soaking up every inch of my surroundings. It is so easy to get lost in your day to day life especially at the pace that we live in, that it’s just nice to just stop and look around you. The vibe. The smell. The laughter. The pure simplicity.  Some of the talent was just incredible. 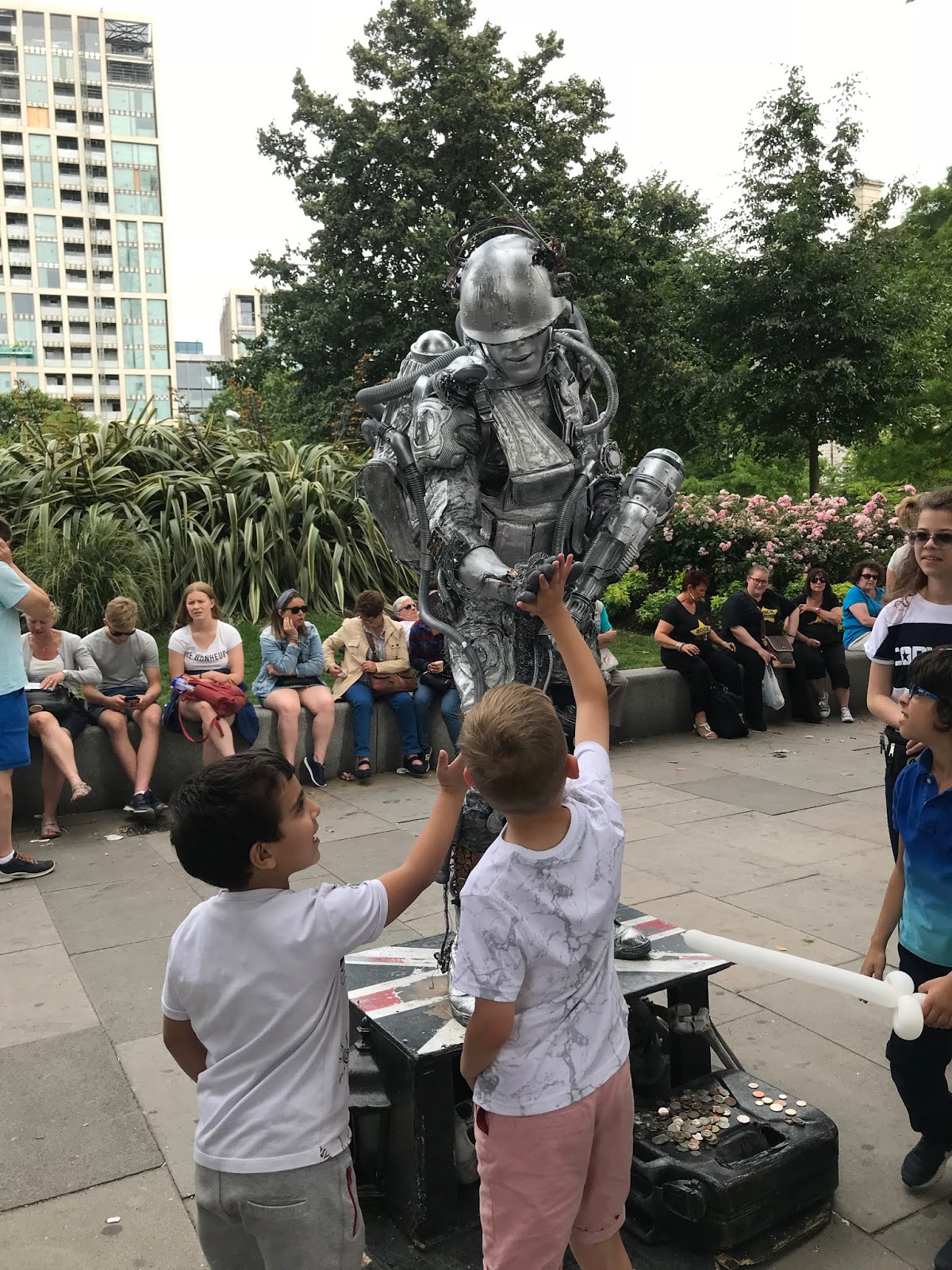 “It was in that moment, that I felt like a true tourist.”

The London Eye has always daunted me, not because the eye itself but the queue. It is always a hundred miles long and I always believed I never had the patience. But in true tourist spirit, I purchased the tickets and took my place in the queue. Surprisingly it didn’t take long at all. As a true Brit, I was wrong. Don’t get me wrong, it still took roughly 30 minutes but no where near the hours that I was expecting. Once we had climbed into our pod, Kaiden’s little face was beaming. We played games about the different buildings we could see while we were up high. We could even see Buckingham Palace. Kaiden loved the construction work of the eye and was so fascinated with how it was built, if anyone knows, I have a little boy who he dying to know.

Our final stop for the day was a trip down River Thames. It was a bit of a bummer that we didn’t manage to get a seat on the upper deck but we settled downstairs. Halfway through I noticed that half of the people that were seated upstairs, moved downstairs as it was a bit windy so thankfully we got the best of both worlds, warmth and great views. We both got a little tub of ice cream and a brownie while we listened to the history of London. The tour guide, who was absolutely hilarious told a story of a pub that just so happened to appear in the Mission Impossible movie, and it was from that moment on Kaiden was sold, not to mention he took a small Lego figure of Ethan Hunt with him on our trip.

We both had such a brilliant day and decided that we would like to play tourist more often. Kaiden is already planning our next trip to Buckingham Palace to see the guards. 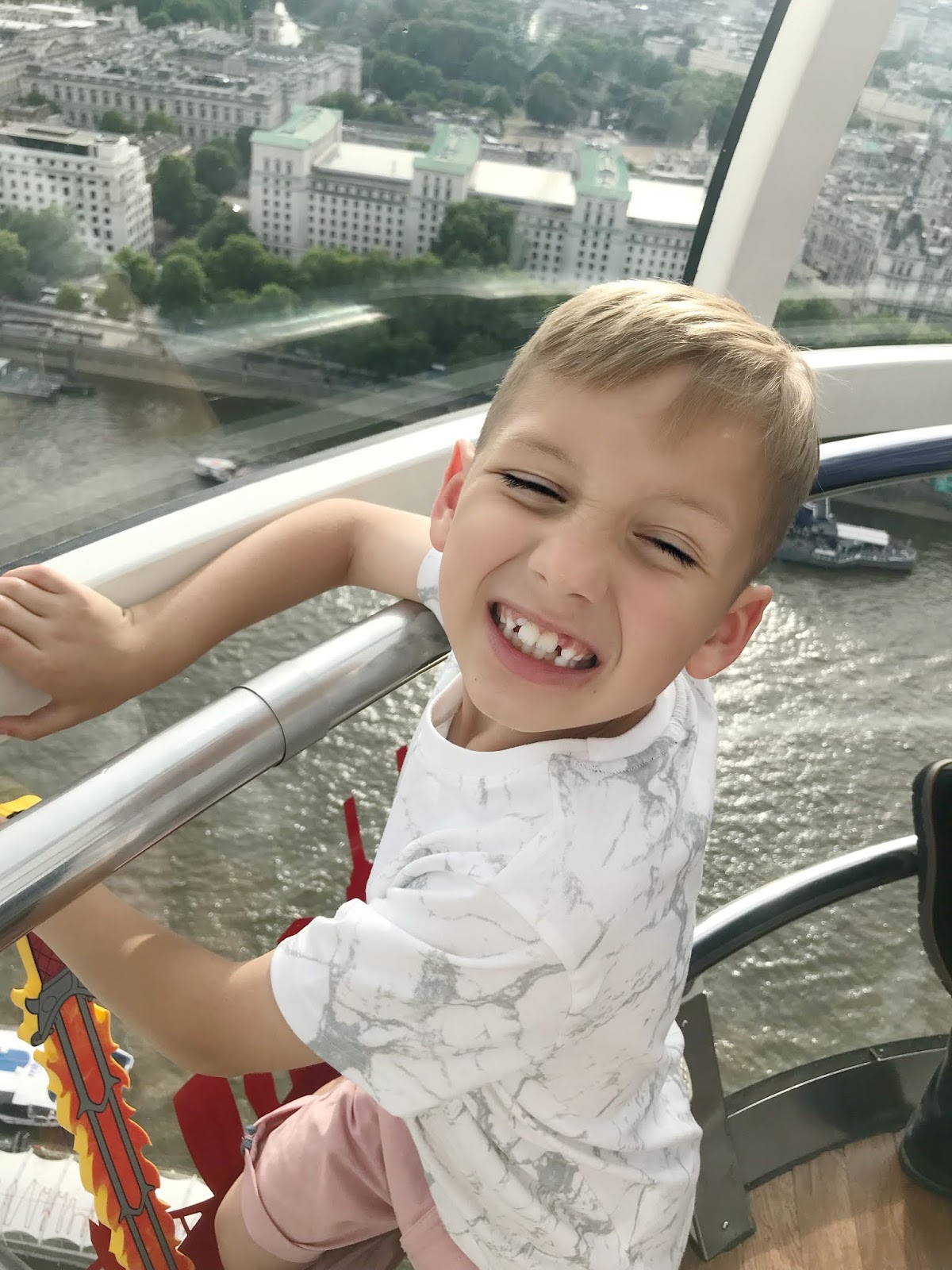 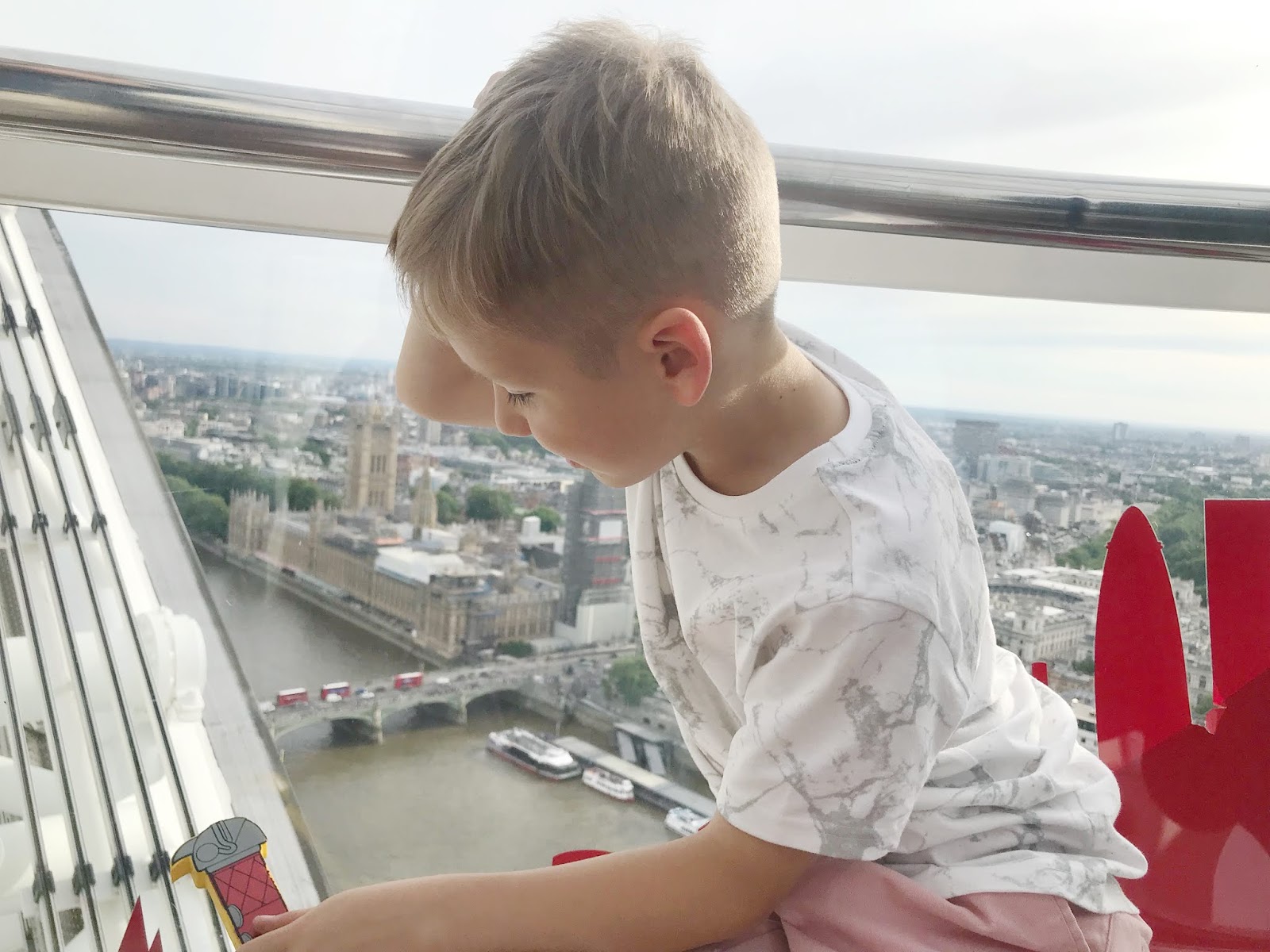 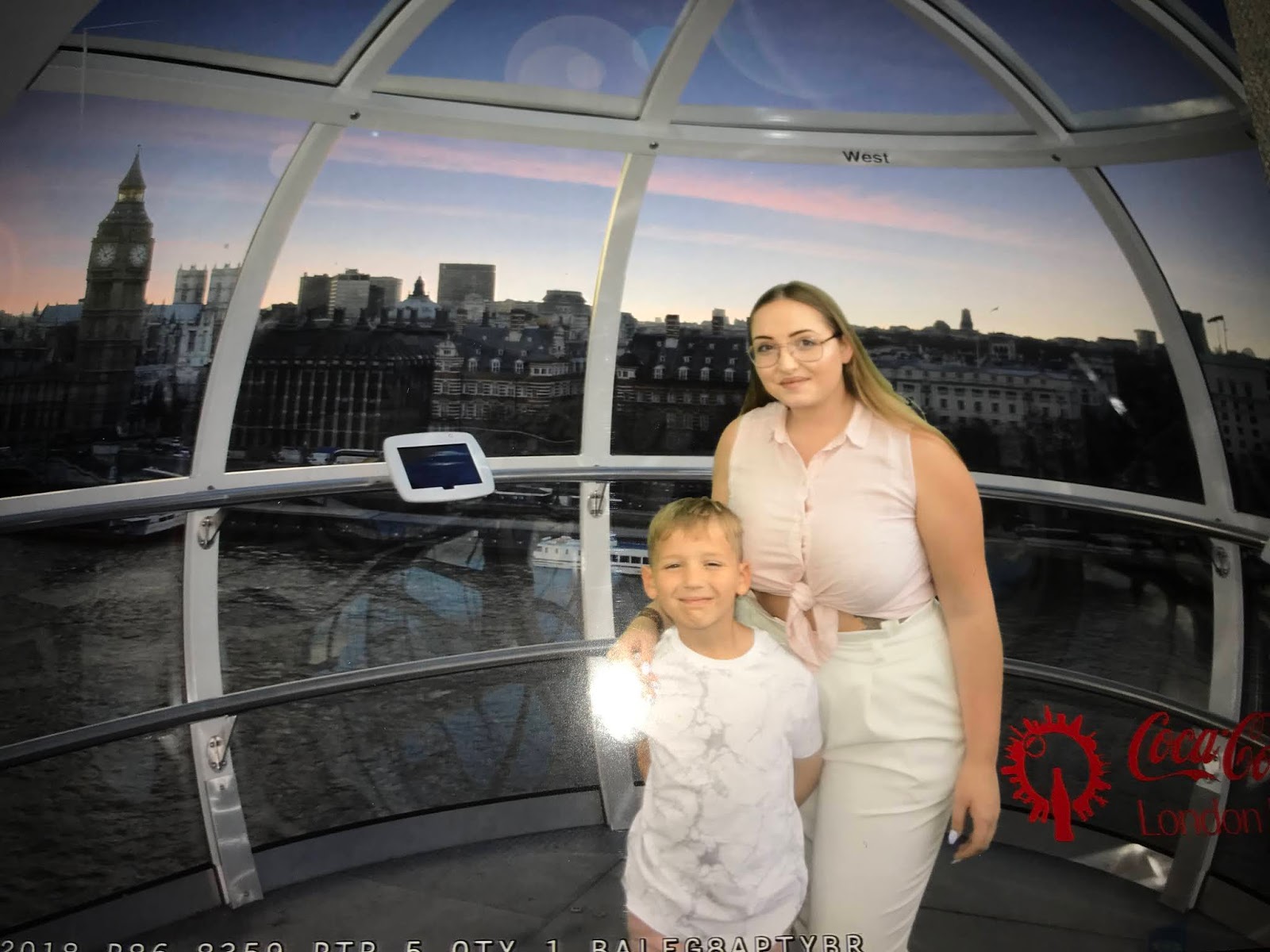 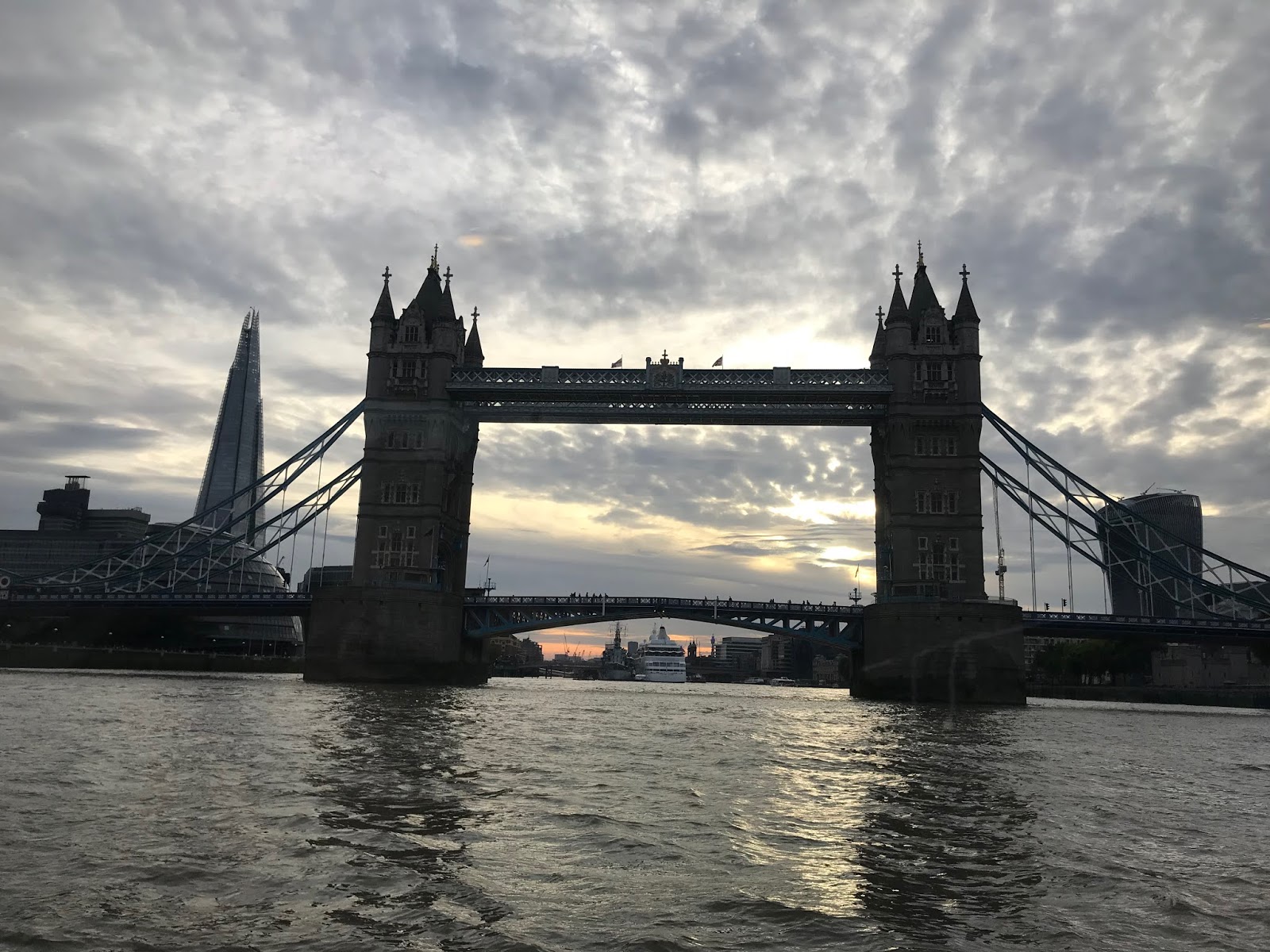